I was debating what to write about today, and as such I was looking at my computer screen and debating whether I should watch television so I could strategically avoid not blogging, when I realized that was something I could write about. 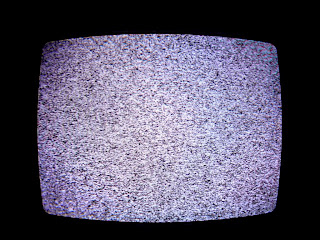 If you know me, you know that I have recently become enamored with television shows. I used to barely watch any. Back in Ye Olde High Schoole Days, my television watching was dictated by having younger brothers, which meant A., I had to fight for television time, and B., I really couldn’t watch anything more severe than PG. As such, I ended up watching a lot of quiz shows (I watched Who Wants To Be A Millionaire? religiously) and family-friendly reality shows (like The Mole and American Idol).

It was because of this I decided I didn’t like television. True, I watched House and enjoyed that enough. In college I watched Glee because it reminded me of choir, and Heroes because I like superheroes. But mostly I assumed that there was nothing on the television that was worth my time because I previously was not allowed to watch anything worth my time. I would usually prefer to read, or write, or watch a movie. There was homework to do. In retrospect, television did not really suit my collegiate lifestyle.

However, after I graduated and started having free time, I found myself bored at home and in need of a mindless activity. I would go online and see people debating television shows and completely invested in characters just as much as I had ever been. Perhaps, I figured, I just had not tried the right shows yet. I tried to watch season one of Buffy, and it was well enough, but I could not see why people obsessed over it.

But still bored, I decided to watch season two. I watched an episode sporadically, until one Saturday afternoon I watched Surprise and Innocence, and I finally understood why people were obsessed with the show. After all, what I had just watched was as surprising as any twist in a movie, but I was far more invested in the Scooby Gang than I had ever been with a set of movie characters. I marathoned through the rest of Buffy, and then Angel, and it just opened my eyes to something I was missing.

Television, I now realize, is the hybrid of everything I love in books and in movies. The plots can be drawn out over seasons and completely serialized, which I adore in a good book series. Meanwhile, there are more details than any book can describe; you can see the heartbreak in a character’s eyes, you can feel the emotional impact. Television is the perfect lovechild. So while I want to be a novelist, and prefer books, I now respect television shows. They can create an experience unlike anything else.

So hats off to you, telly writers of the world.
Posted by Christine at 12:00 PM