And we are at number four on Christine's Top Five Favourite Television Shows of All Time. As a reminder, I am only listing shows that have finished their television run, since that seems to be the only fair way to judge a television show. Last time we discussed Rowen Atkinson's Blackadder, which bring us this week to...


It can be hard to judge this show individually from Buffy, since many of the elements I love about this show—the continuity, the character development, how serialized it becomes—are entwined with Buffy. But the show does grow into a story about fighting to bring hope into darkness, while I feel that Buffy was more the other way around. That makes Angel by default a more mature show, which gives it a host of other wonderful qualities.

It is difficult, as an adult who is working and struggling with the pressures and responsibilities that come with adulthood, to make a family that is consistent with the person you’ve become. But Angel realistically brings together a group of adults and creates that bond. The family is not always perfect: boys bicker over a girl, somebody leaves and then has to atone. But when things turn serious, there is always somebody to help. Perhaps I’m putting it in a saccharine light, but it is wonderful to watch characters grow into that family over several seasons.

It is also wonderful to watch the characters grow themselves. Take Wesley, for instance. Who thought when they first saw Wesley that he would turn into the confident, darker Wesley of season five? I doubt anyone saw it coming. But his growth seems completely believable with his arc over the five seasons. That is what I love to see: characters realistically, over time, changing into new versions of themselves. Isn’t that what happens in life? We all change, and television characters should have a similar rate of growth. Angel nails that.

But Angel also never forgets where it came from and what happened years ago, and constantly refers to the past. I love that characters from seasons past can come back in authentic ways. I love that the end of Reprise echoes the end of Surprise from Buffy. I love that throwaway lines in season one become arcs later on, and that the arcs in season one become throwaway lines later on. Television should be enjoyable and relaxing, but you should also be paying attention. Those little Easter eggs for the people who have been paying attention are sheer joy. 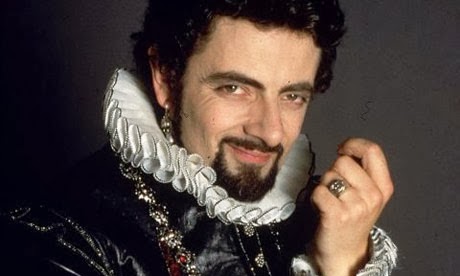 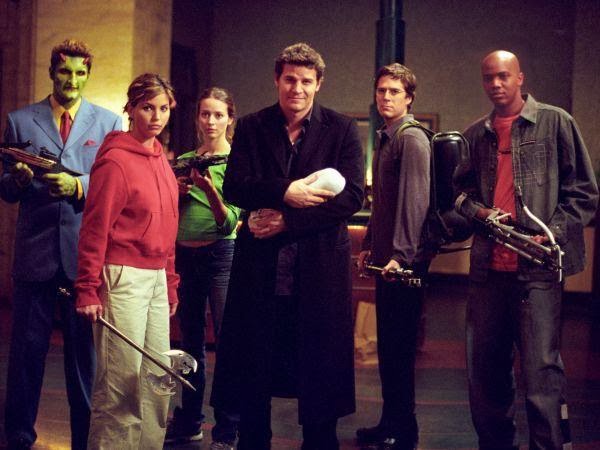 Number three is next week!
Posted by Christine at 12:00 PM