In the next hour, I will be dropping my bags off outside my room, going down and eating Israeli-Chinese food (I’m scared), and then loading onto the bus to go to the airport. It is our last day here! And despite being excited to go back home, I’m actually very sad as I type that.
This entire trip was simply incredible. I’ve seen so many things, and as I was thinking about the crucifixion today, I realized that the entire landscape (in my mind) was different and much more vivid. I’ve seen where things happened, and that has changed things.
Anyway. I have thoughts. I'll blog them from home, since I am rushing to finish this post ahead of our departure.
Today we started off at the Holocaust Memorial Museum. No pictures were allowed inside, but suffice to say that it was a very intense experience. We only had seventy-eighty minutes to look around and I probably only got through a quarter (if that) of everything there, but I'm not sure I could have handled much more of it.
﻿


Trees, like that above, were planted around the museum to memorialize Gentiles who had helped at least one Jew survive. The specific one above is for a woman who was a plumber in one of the Concentration Camps, and smuggled over a thousand children out of the camps in her van. She even had a dog who would bark when the Nazi guards were coming! She was nominated for the Nobel Peace Prize for her work, but lost to Obama (the year Obama got it before he was elected) (sigh). 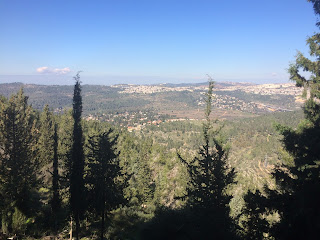 Once you are out of the museum, there's a lovely landscape. It is what you need after everything you've seen and thought about inside.﻿ 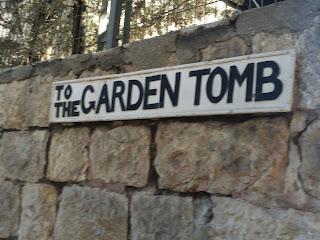 I found out a bit more about this site versus the Church of the Holy Sepulchre today. Essentially, this site is the Protestant's opinion of where Jesus was crucified and buried, since it takes place outside of the city gates, it is where Jews were often killed by the Romans for crimes, and it seems unlikely that there were two places to kill Jews.﻿ 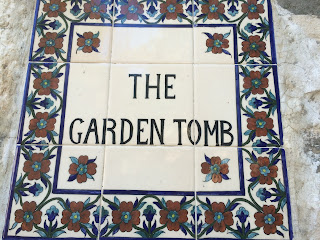 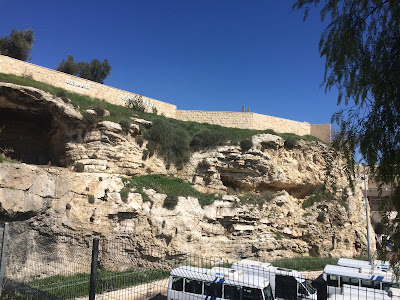 There was a road where those buses are parked, and that is probably where the cross would have been--they have found holes in the ground where crosses were probably put. The Romans wanted the Jews to be buried by the road, so people could see what happened if you cross Rome. The top of the hill was where they stoned people--St. Stephen was stoned up there. 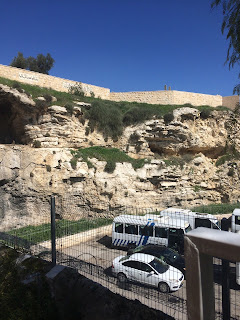 The tomb is at the other end of the garden. There are quite a few other tombs in the area, but this one isn't populated and isn't connected to any other tombs, while most have several chambers for relatives and the like. 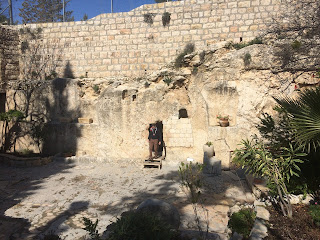 I know it seems like there are a lot of people in the tomb, but trust me--it was empty. :) 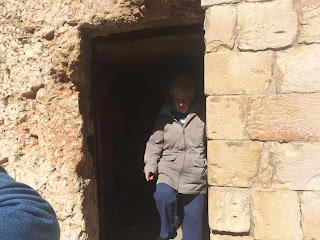 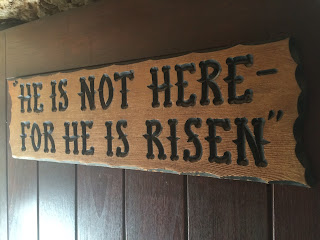 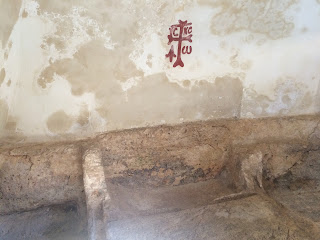 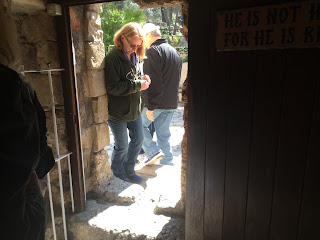 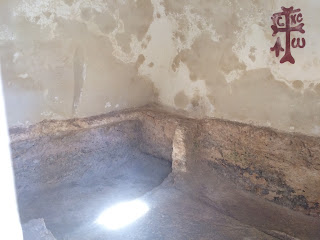 One last stop--the Jaffa Gate! It was in a busy area with a shopping mall right nearby, filled with classic American stores like Gap and American Outfitters. It was a stark return to reality and modern society after so many days of inspecting ruins and focusing on history. 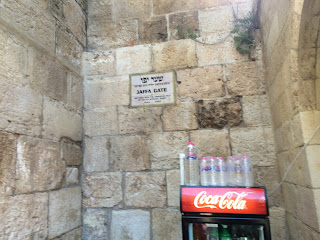 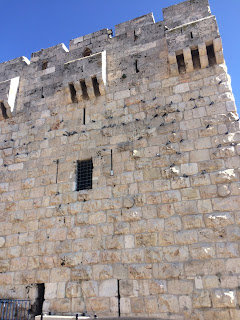 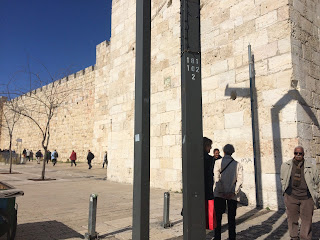 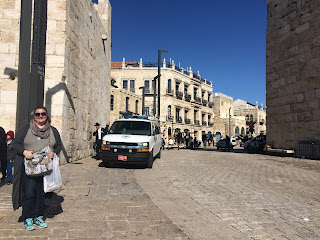 And that was it! We went back to the hotel, where I had a quick nap (got to start going back to PST) and packed. My bag is very full-the Packing Ninja in me is ashamed! I guess I just got too many souvenirs for all of you.
I'll post again tomorrow from LAX, and probably a few wrap-up posts, but that's it. I hope you all enjoyed reading these entries. As I said all along, this was partly so I could look back on the posts and remember everything, and partly so I could share this experience with my friends, so I hope you feel a little like you've joined me along the way.
Back to the US!
﻿
Posted by Christine at 7:51 AM