Today was a little bit more peaceful—we didn’t see a many sites, and there was a lot more driving around—but there were definitely interesting things! It’s weird to think that I will be back at home this time next week, too. Ah, well.

First thing first: we found a nest outside our hotel room. 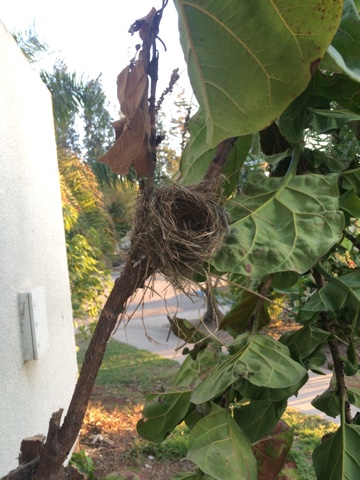 Breakfast involved a pita bread that is covered with herbs (lots of sage) and olive oil. That pita bread was amazing. There was also cheese, and pancakes oddly enough. I made a little parfait out of granola and Israeli yoghurt, which I thought would be Greek-style but was actually more viscous and soupy. Still tasty, just different.

In more historically significant news, we started our day by going up north, through Qiryat Shemona, to see the border with Lebanon. I managed to get a photo of the street signs. they look quite similar to British ones, but not that everything is in three languages--Hebrew, Arabic, and English. Also, we were on the 92, which was funny because I live near the 92. Finally got a shot of the Jordan River!

Picture in your head the US-Mexican border, and then picture a smaller wall and no visible soldiers. This is the border. 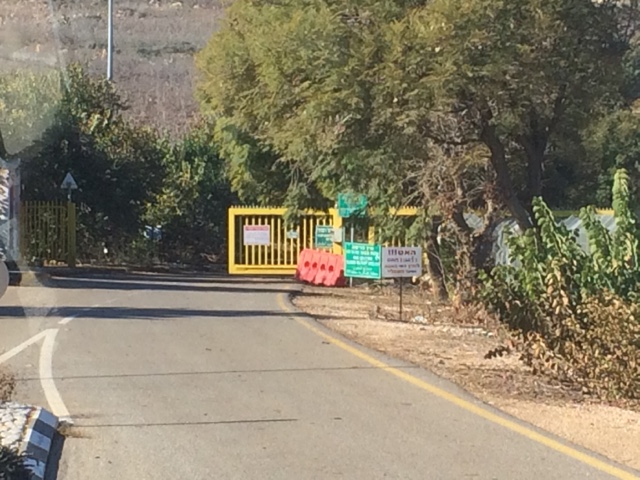 We were told that there were probably more soldiers hiding in the fields, and I wouldn’t be surprised if there were mine fields around as well (there were in other places). Not really much immigration from Lebanon.

From here, we drove somewhat along to border to Tel Dan. Dan, of course, is one of the twelve tribes of Israel and controls the most northern territory of Israel. Tel Dan is a nature preserve around what was the major city and the major water supply in the area—the city was built in the area for the water supply. 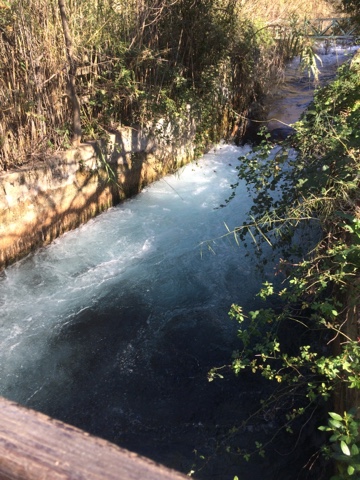 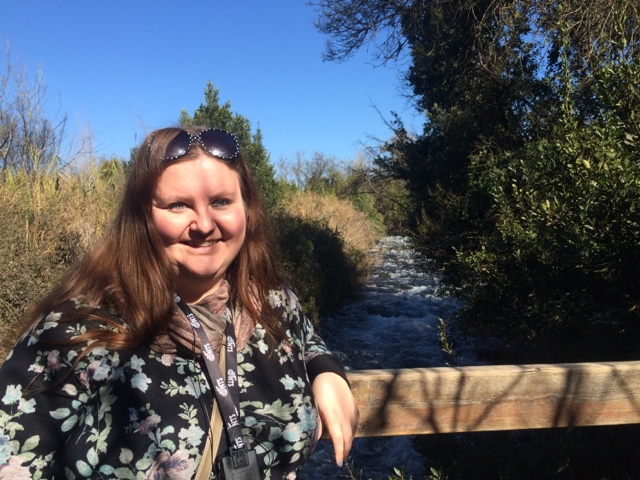 The water supply was so clean that you could just grab some and start drinking. I chose to get my water from a fountain, but I think it may have been the same water. It was tasty. The water just came out from the ground and came into the little creeks and rivers that were everywhere.

The first set of ruins we found was the old temple area where the golden calf had been placed by Jeroboam (see Judges 18). This was about the same size as the synagogue yesterday, but the layout was clearly different, and there were steps outside of the place where the high priests would have sat. Some houses were nearby as well. 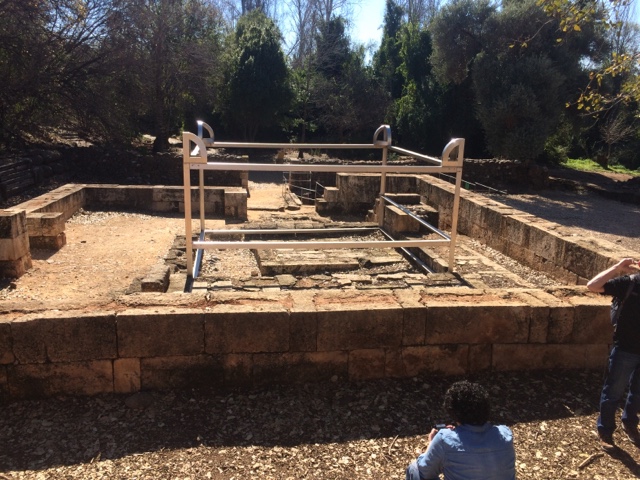 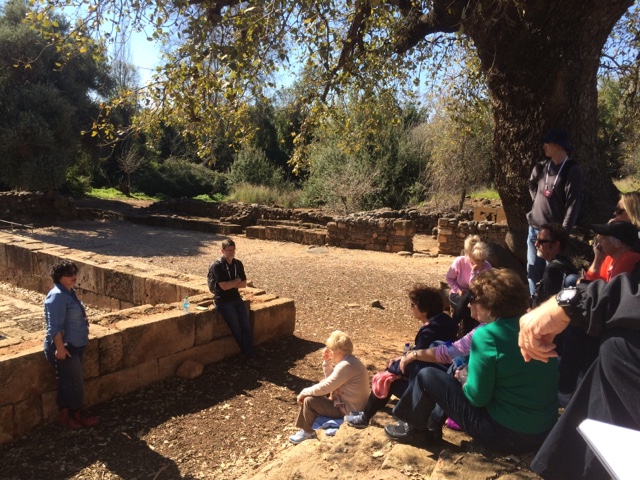 We also found the old city gates. The first one is the one the directly faces Damascus, where Abram had probably attacked (see Genesis 14). The second one is in much better shape. Notice that the main entrance to the city is on the left. That is because, if a person is attacking, their shield is their less dominant hand—in this case, usually on their left. Therefore, if a person has to turn left to enter the city, their body is more exposed and it’s easier to shoot them with an arrow and protect the city. It’s pretty clever, really.

Next stop: lunch! We went to a Druze restaurant. The Druze is a sect of Islam, although as far as I can tell they aren’t actually Muslim anymore. Regardless, they make a mean falafel. I got lambe, which was like a giant crepe with goat cheese and herbs, and someone else got falafel and someone else got schnitzel, and we shared. 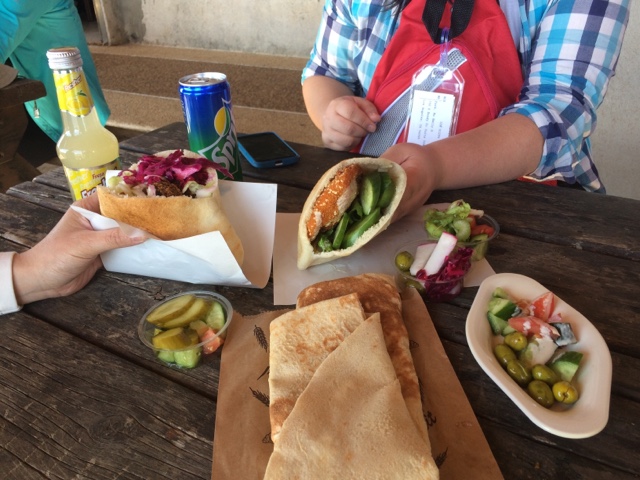 So tasty. The falafel was amazing—crunchy and hot and seedy. The pita bread was good as well (not as good as the pita at the fish restaurant, but that is okay). I also had orange juice, but that tasted suspiciously like Tang, so I’m reserving judgment on whether it actually was orange juice.


From here we went up the Golan Heights. These have been pretty strategic in Israel, as I mentioned yesterday, and going up to the top you can see why. There’s a military base up there, so I couldn’t take many photos, but I found a few interesting things.

There was a coffee shop up top as well, called Coffee Annan. This is a pun—it’s pronounced like Kofi Annan, who is the former UN Secretary General (the UN is called the United Nothing around here, which strikes me as accurate—you saw a few UN workers around but not too many), and also means coffee in the clouds, since usually there are clouds below this mountain peak. Today, though, it was a clear day and there weren’t any clouds.


Time to go back to the hotel! We had been well above sea level, and now it was time to go about 600 feet below it again. I did get a good picture of the sun setting over the Sea of Galilee today. I also learned that the sea is technically just a lake, which makes a lot more sense.

Once we got back to the hotel, there was enough time for a quick dip in the Sea of Galilee. Moment of truth—would I walk on water? 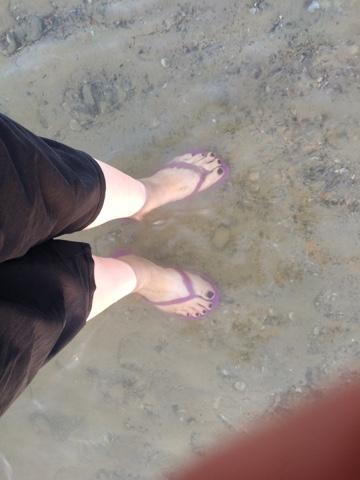 ﻿
﻿
Then dinner! Chicken kebabs with rice and corn and potato puffy things. There was a sausage, which tasted like someone had made a hot link with lamb instead of pork. It was a pretty unusual flavor there. The chicken was spicy (yum!), but everything else was slightly underwhelming. 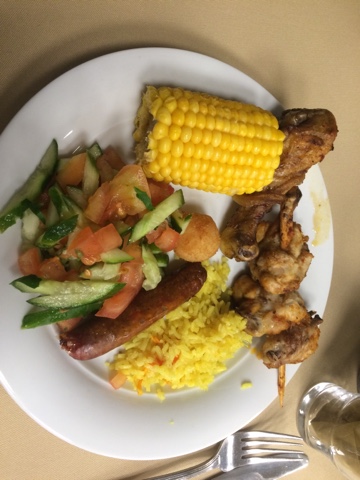 Also, I have asked several more people, and nobody knows what the white jelly is. The mystery continues!


Tomorrow we leave for Jerusalem! It will be an action-packed day. Hooray!


*
Periodic updates throughout the day are available on:
Instagram (photos)
Twitter (text)
Keep an eye on my adventures!
Posted by Christine at 8:19 PM